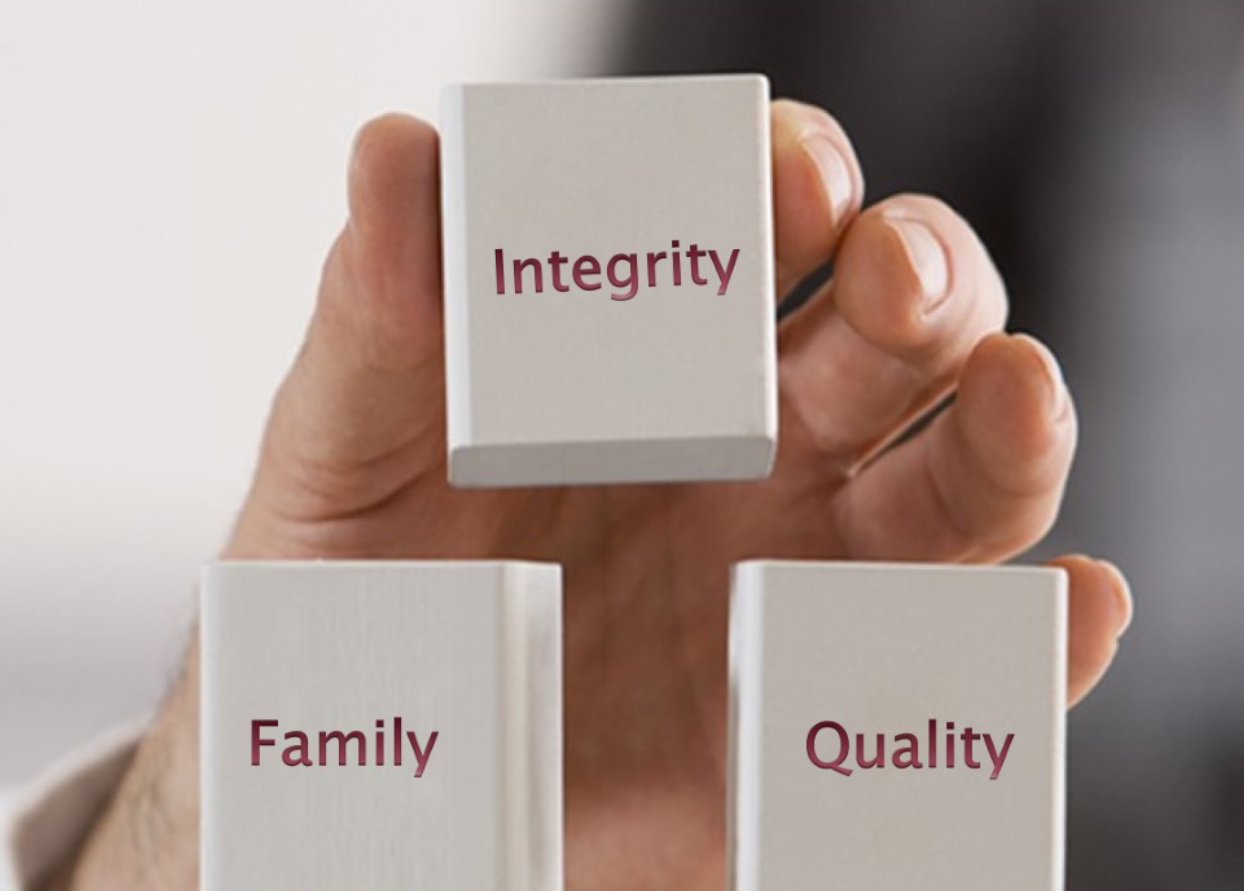 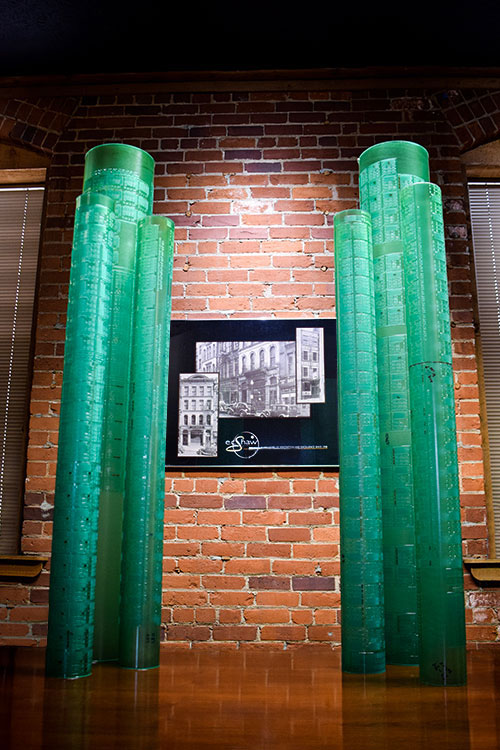 Founded in 1908 and under its 3rd generation of leadership, E.C. Shaw Company remains one of the oldest family-owned prepress organizations in the country. For over 110 years the driving principles of Family, Integrity, and Quality have guided our decisions and have laid the foundation for future endeavors.

Between 1910 and 1913, E.C. Shaw Company began manufacturing curved brass plates to “crash print” wood crates, whiskey cases, and fruit boxes.  Our expertise in high-speed brass machining and brass fabrication was also used to create architectural signage for prestigious applications around the world.  Culminating in cast bronze plaques for Christ Hospital, Cincinnati Reds Hall of Fame and Daughters of the Revolution.

During WWII, E.C. Shaw Company addressed the natural rubber shortage by assisting in the formulation and testing of rubber synthetic plates.  After the difficult process of refining the manufacturing process, synthetic rubber printing plates were finally perfected and are still used today by some printers.

In the early 1980s, we introduce photopolymer flexographic plates to our product line.  This new plate material, in conjunction with 1970s advances in graphic arts, virtually eliminated the shrinkage distortion problems which limited the capabilities of thin rubber plate printing.

1999 ushered in the 3rd generation of the Grome family, and subsequently two decades of investments in equipment and technological solutions to help drive innovation in the flexographic industry.

2011 - E.C. Shaw Company is among the first in the industry to offer In the Round (ITR) seamless plate technology.  Noted for its ability to handle the newer high-speed presses as well as seamless plate applications, ITR’s have had a tremendous impact on the printing industry.  To accommodate the increasing demand for seamless flexographic plates, E.C. Shaw Company also acquired Cincinnati Precision Plate the same year and with it expanded its family of associates.

2013 - As an early adopter of LED technology, E.C. Shaw Company again leads the way with its introduction of LED Flat Top plates as a response to the need for better ink densities and coverage.

Having seen a need for corrugated printing to match the advances made in flexography, in 2016 E.C. Shaw Company broke into the corrugated market.  Acquiring the largest Semi-Automatic Mounter in the United States and coupling it with an expanded LED product offering crafted exclusively for corrugators, we immediately changed the game on corrugated print.

In 2020, E.C. Shaw Company established yet another first in the industry and introduced 6 letters that change everything:  LED ITR.  Boasting next generation LED technology in the only LED ITR system in North America and one of only a handful in the world, E.C. Shaw Company has LED the way once more in our drive to provide solutions that matter. 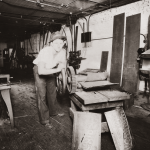 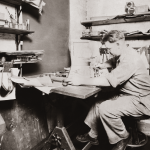 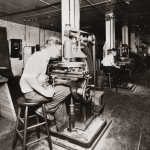 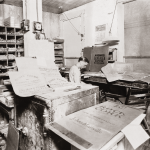 Products set to be inspected by quality control. 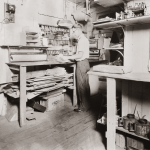 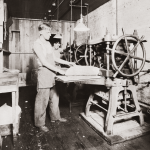 E. C. Shaw employee working a vulcanizing press to create a plate from a mold. 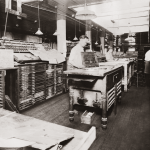 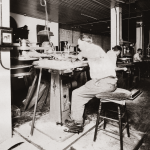 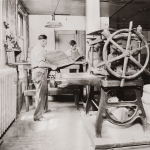 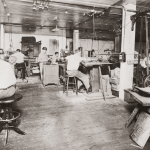 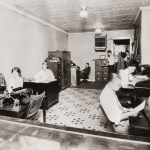 E. C. Shaw office circa 1930. The darker-haired individual pictured to the right is Carl A. Grome, the first generation of the Grome family to own E. C. Shaw.